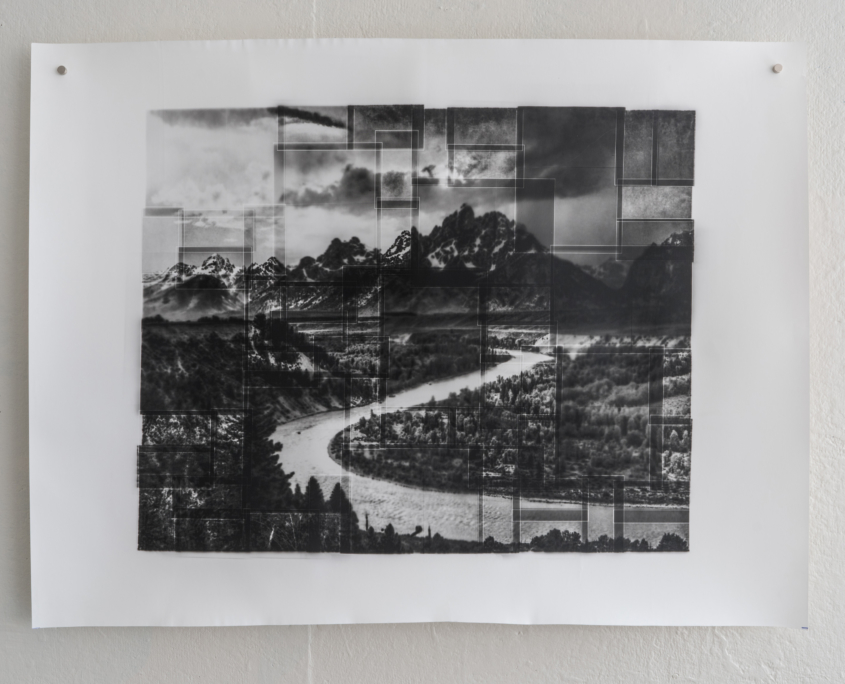 My relationship with Ansel Adams is complicated. I can say with relative certainty that if Ansel Adams had never gone to Yosemite and made photographs, I would not be an artist today. I have struggled for most of my career to justify my affinity for an artist who, while necessary in his own time, unknowingly set into motion a self-reciprocating pattern of pointless landscape aestheticization – a common practice which ignores the intricacies of our 21st-century relationship with our planet.

When Ansel Adams first visited Yosemite in 1916, pictures of the landscape were not yet mainstream. Many Americans did not understand how a place could be important enough to justify a national park designation. Ansel’s images, as well as those of Carleton Watkins, Timothy O’Sullivan, Edward Weston, and countless other 19th- and 20th-century artists, were necessary to prove to the rest of the country that the visual splendor of the American West was a resource worth protecting. Ansel Adams, more than any other artist, was able to draw mainstream acclaim, turning his images into calendars, coffee table books, and posters. This notoriety helped catapult the American landscape into the spotlight, a noble and necessary act which paved the way for countless conservation efforts to take hold.

Where the matter is complicated for me is in looking at the aftermath of Ansel. After college, I spent five years leading photographic workshops in the American Southwest. Week after week, I witnessed students caught in an Ansel feedback loop: revisiting the same spots where he made his iconic images, finding where he set up his tripod and making the same photographs that he made. It takes only one social media visit to #yosemite or #anseladams to see (literally) millions of well-intentioned copycat images of the great American artist. It is in these millions of copycat images where my complicated stance on the great 20th-century artist lies.

On the one hand, copying Ansel is a great way to form one’s memory of beautiful places. In creating this memory, we develop an affinity for a place that allows us to better argue for environmental protection of that place. On the other hand, the quest to make a perfect Ansel image becomes the holy grail for many photographers, to the point where they fail to look at the landscape realistically. We do not live in a 1920s landscape where the effects of climate change and resource extraction are just barely being felt. How do we justify creating images that celebrate landscape splendor when we are actively destroying the landscape through human-caused climate change and resource extraction?

The Ansel Adams in Our Time exhibition at the Museum of Fine Arts in Boston coincidentally overlaps with Ghost Lands: Pictures in Silver. I hope that visitors who visit both exhibitions will begin to see a pattern in which landscape photography can both celebrate the aesthetic splendor of a landscape, while at the same time, suggest that humans are actively destroying the quest to uphold a 21st-century standard of life.

It is my view that landscape photography needs to include both the beautiful and the uncomfortable. Ansel Adams was successful in his quest to show the beauty of the American landscape, and simply repeating this act has become fruitless labor. What the Ansel Adams in Our Time exhibition does so well is to not only exhaustively show why Ansel’s images were necessary for their time, but also to show how a selection of contemporary artists has built on Ansel’s recipe for aesthetic admiration to showcase a landscape in peril.