A Conversation with a Whale Expert 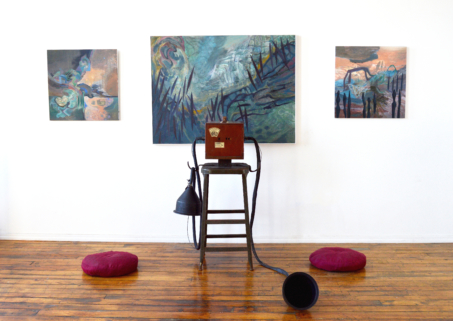 Philip K. Hamilton is a research scientist at the New England Aquarium’s Anderson Cabot Center for Ocean Life. Philip will speak about his work with the North Atlantic Right Whale. William and Ann will join the conversation to discuss what it means to be an artist/conservationist and a conservationist/scientist. Q&A to follow.

Philip K. Hamilton received his B.A. in Environmental Studies from State
University of New York at Binghamton in 1986 and his M.S. in Biology from University of Massachusetts Boston in 2002. His primary interests include photo-identification and population assessments, behavior – particularly—physical and acoustical association patterns, disease, and genetics. He designed DIGITS, a server-based database and interface system through which all aspects of the North Atlantic Right Whale Catalog are managed. His current projects include managing the North Atlantic Right Whale Catalog, assessing mother-calf associations, and analyzing the error rates in the genetic and photo-identification databases.