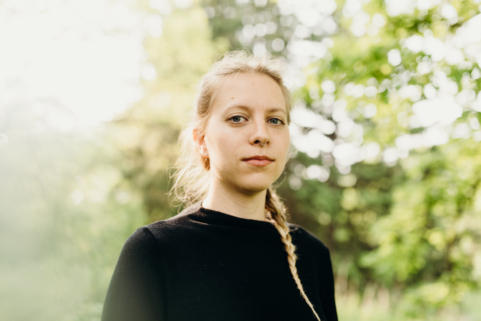 “Everyone knows the character of Eve from the bible, and everyone has their own ideas about her. But if she was wandering around America in 2019, what the hell would she say?” wonders Siri Undlin of indie-folk band Humbird.

Based in Minneapolis, Minnesota and inspired by the crystalline chill of the state’s Northern winters, Undlin creates experimental folk and environmental Americana tinged with the sophistication of classic orchestral compositions. Her upcoming album Pharmakon, out August 30, focuses on women and the female body in folklore as a poetic way to explore the human experience. Working with engineer Brian Joseph (Bon Iver, Sufjan Stevens) and producer Shane Leonard (Field Report), Undlin’s newest release joins the leagues of masterful indie storytellers. Humbird will be traveling as a trio on tour this fall, with Undlin joined by Peter Quirsfield and Pat Kuehn. Their fresh experiments together make the songs feel new every time.
http://www.humbirdmusic.com/

Sadie Gustafson-Zook is a versatile singer, multi-instrumentalist and songwriter whose pure voice and hummable melodies balance with blunt lyrics to create honest and serenely cheerful music. Oregon-born, Indiana-grown and Boston-based, Sadie has performed alongside Garrison Keillor on Prairie Home Companion in 2015, shared the stage with The Steel Wheels, toured with the Theory Expats, performing at the Walnut Valley Bluegrass Festival in 2015. Sadie has won multiple awards for performances and her original compositions and holds a master’s degree in Jazz and Contemporary Music from Longy School of Music in Cambridge, MA and runs sound at historic folk venue Club Passim in Harvard Square. In September 2017 Sadie released her first original album, entitled “I’m Not Here.” Besides music Sadie enjoys drinking tea, touching dirt and listening to other people’s conversations.
https://www.sadiegustafsonzook.com/