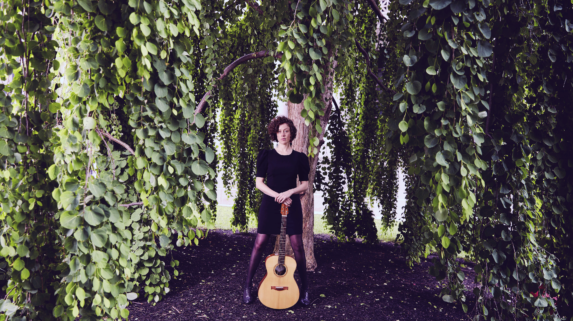 Rachael Kilgour is an award-winning songwriter and performing artist whose sincere, lyric-driven work bravely walks the line between personal and political.  The 2015 grand prize winner of the esteemed international NewSong Music Performance & Songwriting Competition, Kilgour has been featured at NYC’s Lincoln Center, the Kennedy Center in Washington D.C., and at the Sundance Film Festival. She was also chosen as a winner in the 2017 Kerrville New Folk Contest.

In February of 2019, Kilgour follows up with the release of her new EP, Game Changer. The aptly titled work examines the artist’s tentative first steps into a new world, post-heartbreak. With a clear head, Kilgour touches on the complicated nature of romance and relationship, sets up a stunning defense of queer love, and reassesses her priorities as a citizen of a changing wider world.

“…a heartfelt slice of master crafted indie folk brimming with the battle-tested capacity to endure the worst in others.” (Billboard)
“Kilgour’s unapologetic lyrics are a real treat” (Rolling Stone)