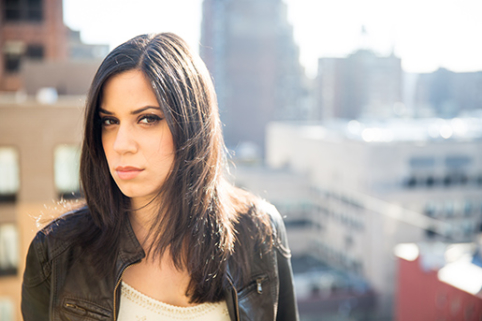 If Omnia Hegazy was not a musician, she might have been a journalist. The daughter of an Egyptian-Muslim father and an Italian-Catholic mother, she grew up in New York City a citizen of the world, with a deep passion for music and storytelling. Her sound is informed by guitar-driven American pop/rock, maqam-based Arabic folk, and the politically-charged singer-songwriters of the past and present.

Storyteller and avid traveller, Zoya, is carving a home for herself in the indie folk music world. Beginning the journey in her birth country, India, her childhood home in Southern California, and unearthing countless countries in between, Zoya has developed a genre that stretches across all borders. Zoya kept up with her roots and is intertwining the inescapable allure of the North Indian music tradition through her entrancing vocal style, coupled with intense, stirring harmonies, and eclectic instrumentation.

Evelyn Horan was born in Mons, Belgium, the city where Vincent Van Gogh once lived and painted and preached to the colliers. Since then she has lived throughout the world, from South Korea to Italy to the United States. Presently, she lives in Boston and is attending Berklee College of Music, pursuing a professional music degree. She is a classically trained flautist, as well as a jazz pianist, guitarist and vocalist. By age fourteen she was performing solo and singing covers while at the same time debuting her own compositions for a rough-and-tumble, all-male audience in many venues throughout her adopted Central New York. She has performed many shows as a flautist, pianist, and singer/songwriter.