Cambridge, MA — We are very pleased to announce this year’s Artists in Residence, and to welcome them to the neighborhood. Each Summer, Gallery 263 offers local artists the opportunity to use 263 as their shared studio, to incubate ideas, fuel discussion, and produce new work. In this way, Gallery 263 offers the Boston and Cambridge community a stake in the process, not just the product, of art making, as they watch our residents’ ideas come to fruition over their six week residency.

Thanks to a generous Project Grant from the Cambridge Arts Council, we have been able to cut studio fees to artists for our 2015 Artist Residency Program by more than 50%. We thank them for their support towards making this year’s program a full success.

Additionally, this year each of our Residents will be hosting outreach events for the local community!

Suzanne will be hosting Moldmaking and Casting: Make your own Handsoap Workshop on Saturday, June 27, 12-3pm. Click the link to check out the full event info, and RSVP to hold your spot (cap. 15 people) to: mahoney234@gmail.com.

Diana‘s outreach project is ongoing throughout the residency period. Stop by the gallery to participate in The Domestic Temple: pick up a postcard and contribute your drawings and words related to home, place and memory. Postcards have been placed all around the Boston and Cambridge areas too! Drop it off or mail it back by July 7 to be included in Diana’s final installation.

Lucy will be “skyping-in” her outreach project… all the way from Sydney, Australia! More details here.

Michele Lauriat makes oversized landscape drawings using gouache, watercolor, graphite, charcoal, and wax pencil on paper. Michele earned her BFA in 2002 at the School of the Museum of Fine Arts in Boston, and her MFA in 2011 at the University of Massachusetts, Amherst. Her drawings have been exhibited nationally, including solo shows in Chicago, Vermont, and Massachusetts, and most recently in a two person show in Iowa. In 2014 Michele was named the Grant Wood Fellow in Drawing and Painting at the University of Iowa. In 2012 Michele participated in Artist Residencies at Zion National Park and Grand Canyon National Park.

Lucy Lindsey (b. 1984) grew up in Cambridge, Massachusetts, and went to elementary school on Putnam Ave. She received her BA from the Department of Visual and Environmental Studies at Harvard University, where she works as a Teaching Assistant. Lucy will begin her MFA in Sculpture at the Yale School of Art in Fall 2015.

Suzanne Mahoney was born in Bennington, Vermont, studied Sculpture at the College of Visual Arts in Minnesota, and currently lives and works in Boston.  Many moves between these places have been the impetus for working with discarded materials from homes such as wallpaper, floor tiles and carpet.

Suzanne’s work has been exhibited both locally and nationally recently showing in Massachusetts, Maine, Kentucky and Minnesota.  Past achievements have included a Jerome Foundation Emerging Sculptor Grant and visiting artist residency at Bowling Green State University.  Her work can be defined as both sculpture and painting primarily using mold-making and casting materials and collaged painting on wood panels.

Diana Jean Puglisi is currently an MFA candidate at Massachusetts College of Art and Design and recipient of the prestigious Beker Family Scholarship.  She received her BFA with honors from William Paterson University and a Post-Baccalaureate from Virginia Commonwealth University in 2011. In 2013, she traveled to India as the Production Manager of the documentary Blue Like Me: The Art of Siona Benjamin.  Recently, she was exhibited at subSamson and the 26th Annual MassArt Auction in Boston as well as offLine Central Booking Gallery in New York City. She was interviewed in April 2015 for The Drawing Center’s blog, The Bottom Line, and was selected to be a featured artist in Vellum Art Magazine’s June 2015 issue. 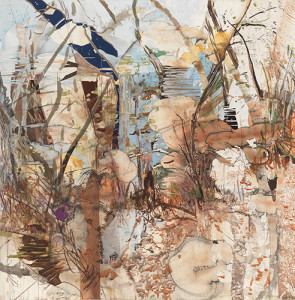 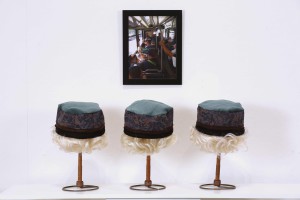 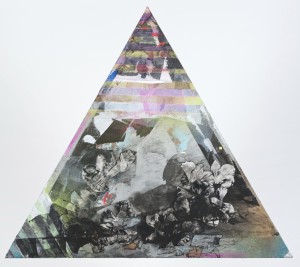 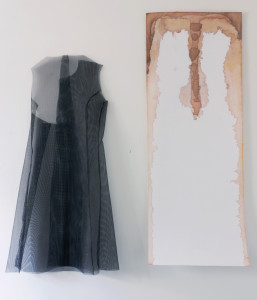 Find out more about our Artist Residency Program