Cambridge, MA — We are very pleased to announce this year’s Artists in Residence, and to welcome them to the neighborhood. Each Summer, Gallery 263 offers local artists the opportunity to use 263 as their shared studio, to incubate ideas, fuel discussion, and produce new work. In this way, Gallery 263 offers the Boston and Cambridge community a stake in the process, not just the product, of art making, as they watch our residents’ ideas come to fruition over their residency.

In an effort to better immerse artists in the Residency, this year we have increased the length of the program from six weeks to seven. The artists will exhibit new work, both completed and in-progress, during week seven. Additionally, we will conduct two public critiques during the residency period.

Visitors are welcome to stop in to Gallery 263 and chat when the Artists in Residence are working throughout the Summer.

Lindsey Boss. “I graduated from Massachusetts College of Art in 2008 with a BFA in illustration, and have been making collages ever since.  I work as a sign artist for my day job, and in between that and living, create collages about my experiences.  I’ve participated in a few shows and am currently seeking more involvement with others; hoping to create things with more purpose.  My work is based mostly on my own tumultuous psychological journey, the extremes of human emotion, beauty in the ugly, the power of nature, and the inevitable truths of life.”

Jason Lieder. “Raised in rural Texas by abusive yet prominent Christian families, I was expected to be silent about negative matters, while at the same time championing the values that supported an environment of suffering. Choosing to no longer participate in this culture, through Dirt Lux I envision the darkness, cruelty, value, and vulnerability that I am made of and that I observe in our world. I choose not to deny my need to speak up and scream about the pain and beauty I see, feel, and create.

The artistic path I’ve walked looks roughly like this. I quit participating in sports at 17 and began focusing my energy toward making art. Along with drawing and painting, I was sculpting in steel. My dad’s family own and operate a large scale steel fabrication business in Houston and I have always had a fascination with the powerfully dangerous tools and techniques used in metal work. I studied metalsmithing at Memphis College of Art in Tennessee and after graduating, I started work as a fine jeweler and jewelry designer. After a handful of positions with high end artists and jewelry companies, a personal business venture, and mental breakdown, I decided to put the jewelry tools down for a bit and give myself some time to heal. It was not long after halting jewelry production that I started painting in my Brighton basement the work that would eventually develop in Dirt Lux. I work now to see the value in my own art, sharing and collaborating with others that are interested. Plus lots of other stuff too.”

Jonathan Talit grew up in Florida and got his BFA at Boston University. His anthropomorphic sculptures are reminiscent of 1980’s “body horror” films but are also informed by Minimalist presentation, relational aesthetics, and pleasure principles. Working with materials like fired clay, apoxy, fake hair, spray foam, and melted candies, he combines these discrete sculptures with domestic objects like puppy pads, pizza boxes, and blankets. The result is an environment that’s convincingly lived-in, and investigates how our intangible impulses and desires manifest themselves in our physical and personal spaces. He currently lives in Somerville, MA and will be attending a residency at the Vermont Studio Center in the fall of 2016.

Julia Kwon constructs traditional Korean patchwork and invents textile by overloading patterns that are perceived as Korean to question the notion of “Koreanness” and “femininity.” By meticulously recreating the colorful patterns, she celebrates and cherishes her cultural background. However, through overburdening the textiles with “ethnic” patterns and treating human-scale figures like objects, she not only conveys her experience of being objectified and judged superficially, but also expose and undercut the very preconceptions others may have based on her gender and ethnicity. Kwon was born in Northern Virginia, and earned her B.A. in Studio Art at Georgetown University and M.F.A. at the School of the Museum of Fine Arts, Boston/Tufts University. 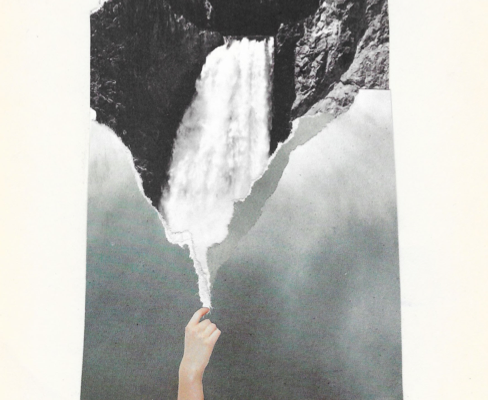 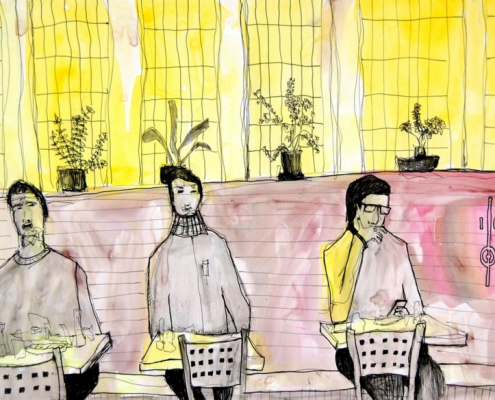 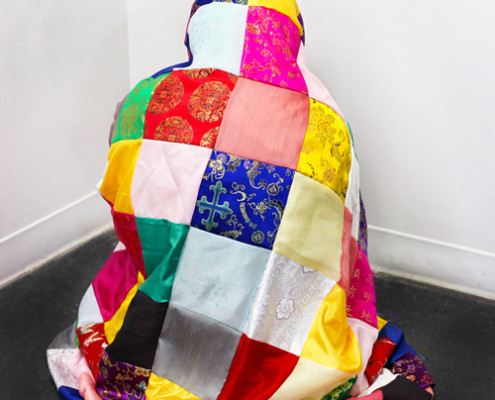 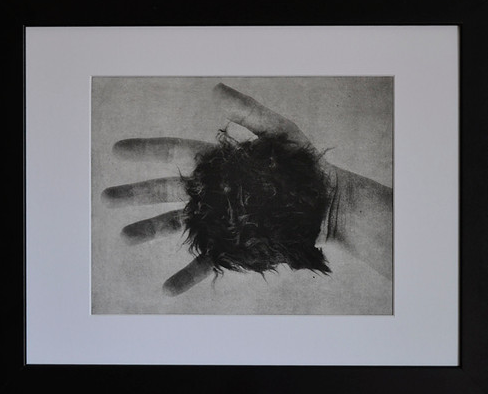 About the Artist Residency Program >