Lisie S. Orjuela offers the invitation to pause and explore the layers of life and art with selections of paintings from two series; Grounding and Winged Buttress.  Created by a slow, contemplative layering process, Orjuela dissolves and reveals parts of the human figure as it interacts with the surrounding ground.  This organic technique results in both visual abstraction and conceptual depth.  Ultimately, the relationship between figure and ground comments on the vast, complicated and intriguing field of our interior territories, with the struggles and contradictions of the soul, the spirit, the psyche, and the mind.

The Grounding series is loosely based on the paramis: a set of virtues from the Buddhist tradition, in combination with a wider scope of various religious traditions.  Each painting begins with the foundation of a Church floor plan, specifically Romanesque, Renaissance, or Gothic.  Over the foundation layer, Orjuela weaves the visual investigation of a virtue and its contradictory impulses, tensions, and paradoxes that arise within us.

The Winged Buttress series also uses architecture as a starting point; the flying buttresses of gothic cathedrals.  The visual representation of hawks is interwoven in this series, creating unexpected combinations of imagery and meaning.

Orjuela is originally from Argentina, but has lived in Uruguay, Switzerland, and Mexico, as well as several states across the USA.  Her work is strongly influenced by this eclectic mix of cultures, visual experiences, and living rhythms, as well as a life-long investigation of the spiritual dimension.  She currently lives in Connecticut, and works from her studio in the historic American Fabric Arts Building in Bridgeport. 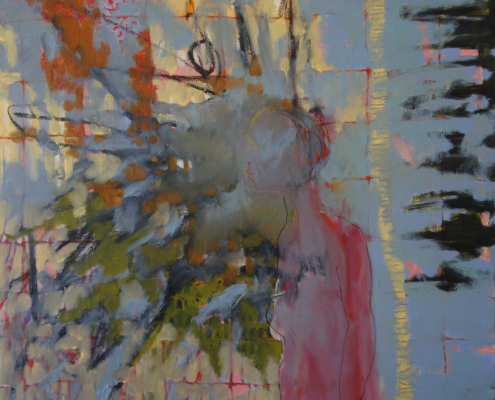 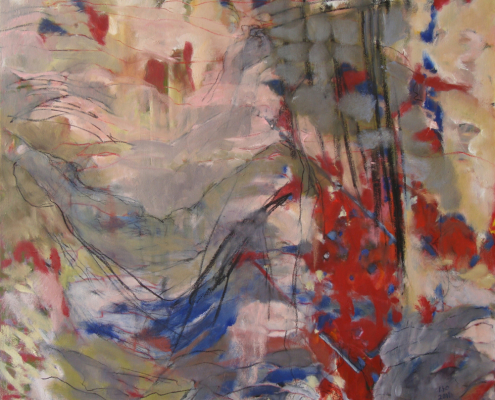 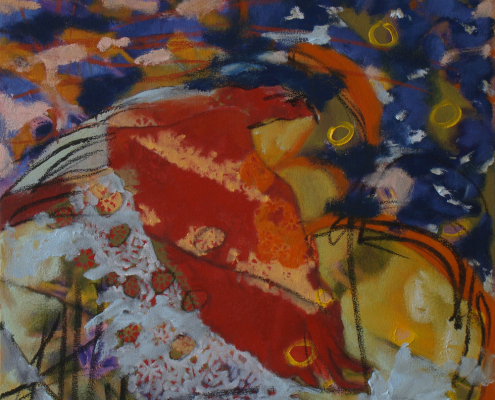