Cambridge, MA – Gallery 263 is pleased to present Diagraphia, a Curatorial Proposal Series exhibition featuring new prints by Sarah Hulsey. The eight prints in the Diagraphia series combine hand-printed woodcuts with letterpress text to create a new set of linguistic graphics inspired by some of the great diagrams of the last eight centuries. Each print is a study in a new way of visualizing language, using scientific diagrams as a jumping-off point.

Hulsey’s background is in both theoretical linguistics and printmaking/book arts. Since turning to art full-time five years ago, she has continued to draw on her training in linguistics to find novel ways to represent the rich patterns inherent in language. This series is both her most varied group of works to date, and also a manifesto for her art-making practice. Inspired by scientific diagrams, Diagraphia borrows from images as varied as a 13th century philosophical illustration; Florence Nightingale’s 19th century statistical diagrams; and the first topographical map of the ocean floor, dating from 1959. With Diagraphia, each piece answers afresh the question of how the complexity of language can be conveyed in a visual, tactile way.

Also on view are prints from an ongoing artist’s book project, Phonetic Constellations, in which the consonant and vowel sounds of the world’s most widely spoken languages are transformed into star charts. Each chart shows patterns and clusters of sound distributions across languages, modeled after a star atlas from the early 16th century.

Please join Hulsey on Saturday April 9 at 3pm for an artist’s talk. She will discuss the Diagraphia and Phonetic Constellation projects, including their historical inspirations, her process for turning texts into imagery, and her use of printmaking to convey linguistic ideas.

Sarah Hulsey was trained as a linguist first at Harvard, then at MIT, before becoming a full-time artist. She received her MFA in Book Arts/Printmaking at the University of the Arts, Philadelphia, PA in 2013. Her work has been shown in the solo show Textual Observations (Printmaking Gallery, University of the Arts, 2014) and the two-person show Schemata: Sarah Hulsey and Rhonda Smith (Maud Morgan Arts, Cambridge, MA, 2016), as well as numerous group exhibitions. Recently she was awarded a Walter Feldman Fellowship for Emerging Artists (Arts and Business Council of Greater Boston, 2016) and a Fath Scholarship for Artists and Artisans of the Book (Rare Book School, Charlottesville, VA, 2015). Diagraphia is her first solo show in the Boston area. 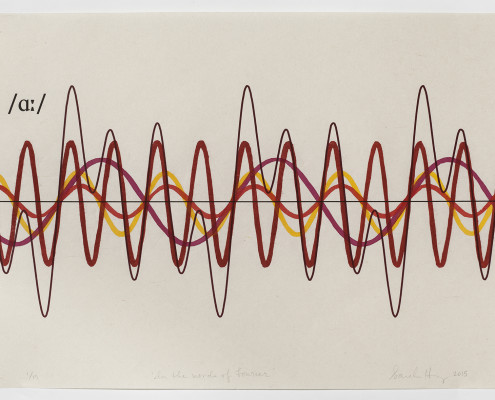 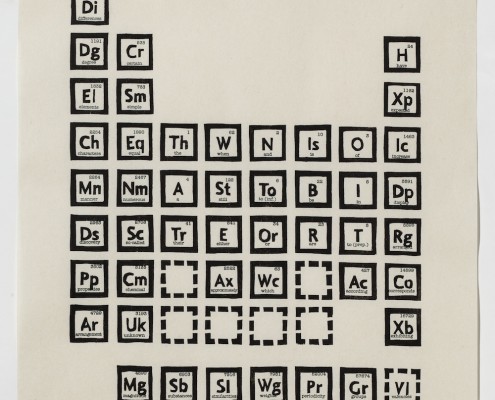 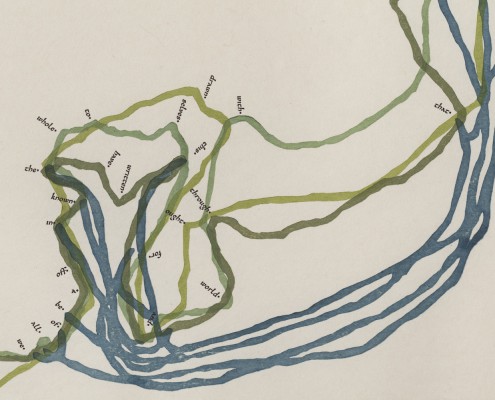