The complexity of representing conflict is a very personal subject for me. This ongoing body of work is an appropriation of imagery recorded by those who participate. Taken from personal footage recorded by both US Soldiers and members of Islamic terrorist factions, each image appears only a few frames from a catastrophic event. The resulting abstractions are symbolic of the mediation that is intrinsic to documenting war.

Sean Thomas Foulkes is a visual artist from Bozeman, Montana. He received his B.A. in Film & Photography from Montana State University, and spent six years with the Montana National Guard, including a twelve-month deployment to Iraq in support of Operation New Dawn. Much of Sean’s work revolves around the complex relationships created by war, both outwardly and internally.

Photography is the modern tool through which we understand and record conflict. Through earnest deconstruction of the media that connects us to war, Foulkes attempts to expand the discussion beyond held opinions and ideologies. By apolitically presenting moments of conflict, Foulkes highlights the tension between visual content and expectation. Hence, Fragments of Engagement gives us new ways to investigate our understanding of war; both by disorienting our reaction to conflict imagery, and pulling us closer to an unsettling level of intimacy.

Fragments of Engagement features video stills curated from handheld footage recorded by U.S. soldiers and members of various Islamic terror organizations. Additionally, the exhibition includes a video installation that offers an intense vignette of modern combat from a first-person viewpoint.

Sean is currently an M.F.A. candidate at the Massachusetts College of Art & Design. 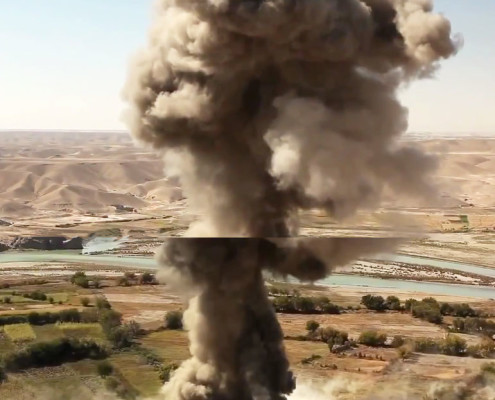 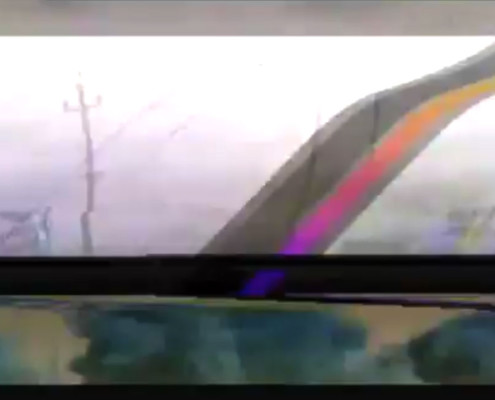 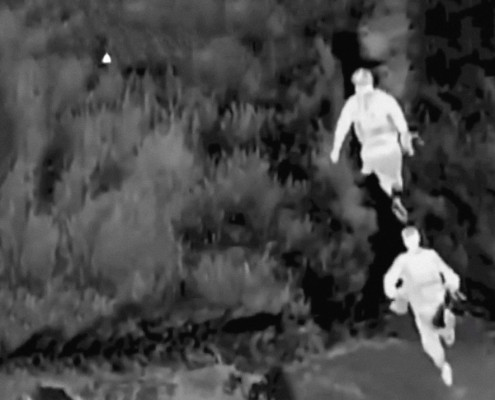 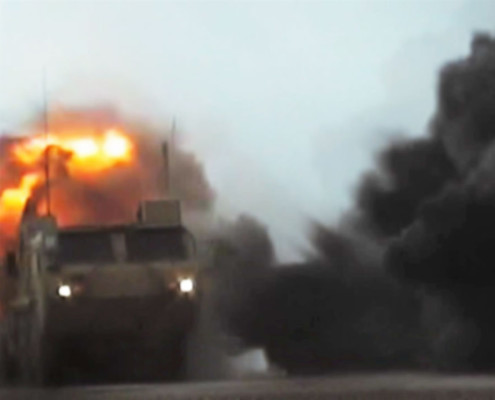