Gallery 263 is pleased to present latchkey kids, a Curatorial Proposal Series exhibition featuring a new series of mixed media works by Stephanie Todhunter. Twenty plaster-encased, hand-colored, 70s-era Dawn dolls form the backbone of the show. Macro-photographic portraits capture these frozen girls, their faces then printed on canvas and glass and buried underneath layers of metal leaf, spray paint, paper and wax. Some of the girls are shiny and brittle, others are bleached and torn. With these girls in latchkey kids, Todhunter gives voice to “generation x”; described as one of the least parented, least nurtured generations in recent U.S. History.

Latchkey kids were identified by the house keys worn around their necks; a stigmatizing symbol for both their peers and teachers. Growing up in the late 70’s and early 80’s – in an atmosphere of escalating Cold War tension, high crime, environmental disasters resulting from corporate negligence, Satanic Panic, record divorce rates and increased child disappearances – these children were simultaneously self reliant and completely subject to the vagaries of the adults around them.  This independence, combined with unstructured free time, resulted in invisibility; manifested in Todhunter’s portraits by blurred features and obscured identities. In an era before cell-phones and computers, and prior to after-school programs and extracurricular activities, network television served as the “electronic babysitter” and surrogate parent. Like the flickering TV sets they watched late into the night, Todhunter’s girls shimmer behind screens of smoke and glass — a radioactive landscape.

We invite you to join us for an artist talk on Thursday, August 25th at 6pm, where Todhunter will briefly discuss her work and how it relates to themes of isolation, parenting and next-generation feminism.

Currently a Boston based artist, Stephanie grew up in the Midwest, the child of a single working mother who frequently moved from small town to small town throughout the 1970s. As a mixed media artist, immediacy and experimentation are essential to Stephanie’s work. She aims to reduce her subjects to their most basic idea without sentimentality. Recent exhibitions include Danforth Art Annual 2016 Juried Exhibition, Danforth Museum, Framingham MA;  Heat Bromfield Gallery, Boston MA; Residual Form, Nave Annex Gallery, Somerville MA. 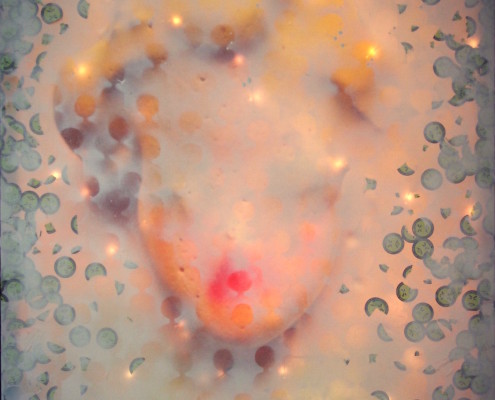 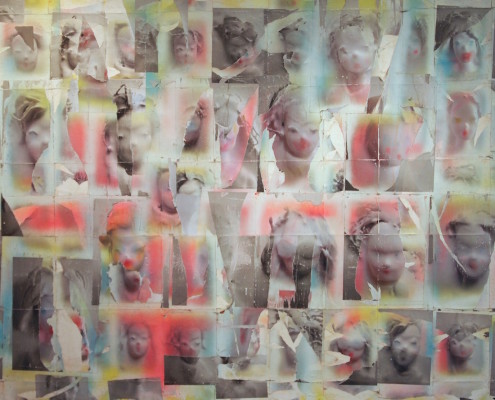 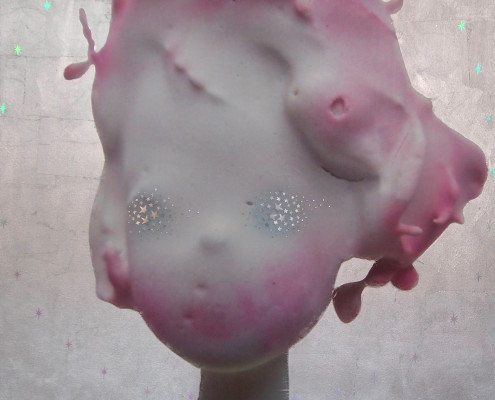 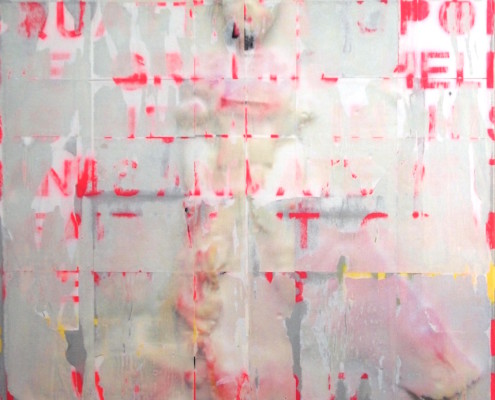