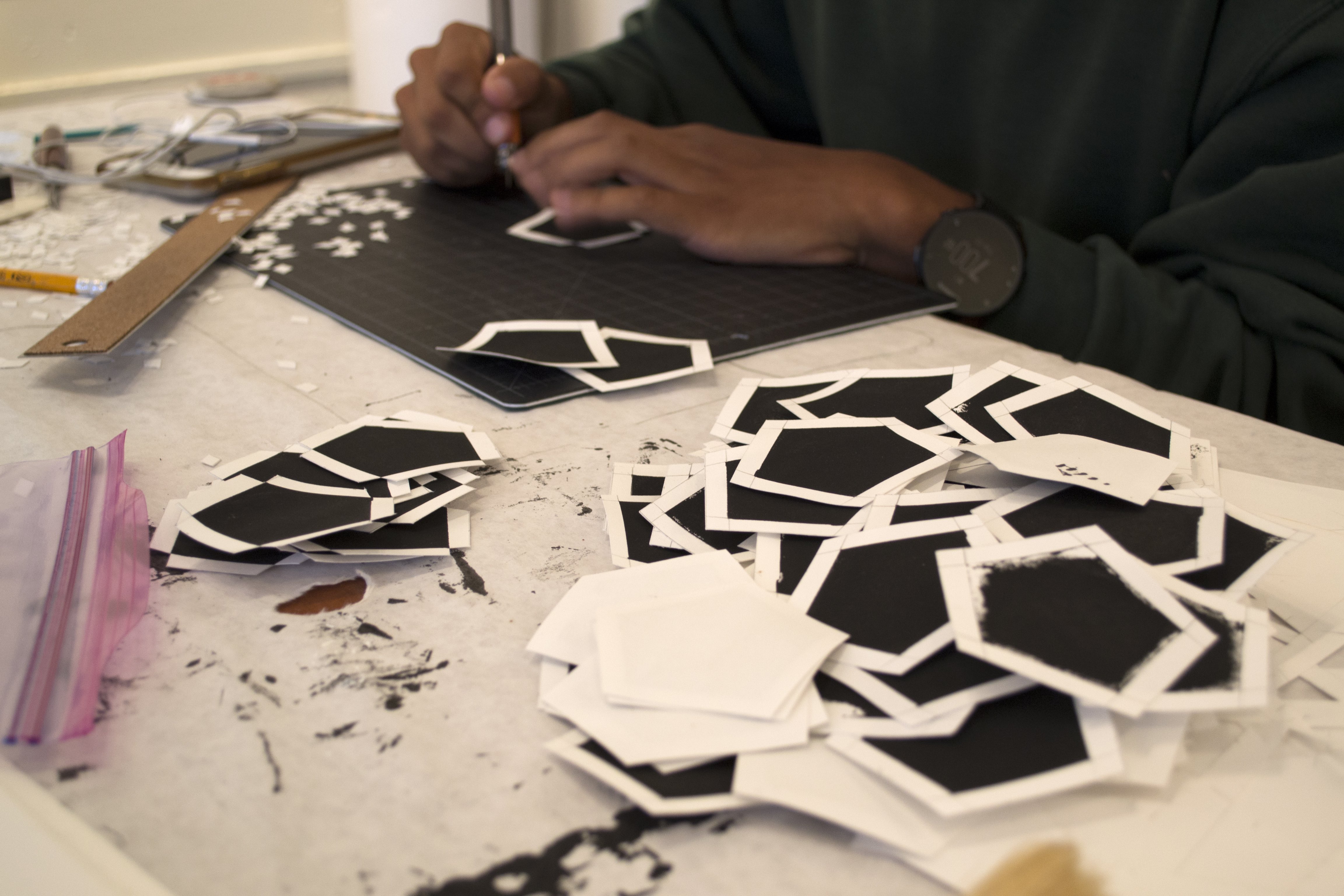 During the past month, Jamison Cloud has been working meticulously in Gallery 263, attempting to assemble a large installation of thirty-eight screen printed and assembled soccer balls in time for the Summer Residency Program Exhibition opening. He hopes to have the soccer balls displayed in a net and hung from the gallery ceiling, but he’s not yet sure how it will all come together.

Growing up, Jamison was adopted and raised in a multiracial family. He never really noticed race or viewed people in that capacity at all. By the time he graduated from high school, he realized that he was part of a minority and couldn’t help but feel isolated. After moving to the Boston area, as a gay Latino man, he felt the effects of being in the minority. Jamison not only became much more aware of racial tensions, but also became more aware of himself. He added that people have even shouted things at him on the subway. Jamison internalized these things, which he has in turn used as a jumping-off point for his work. 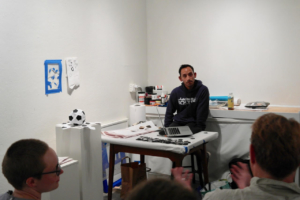 Jamison has felt alone most of his life despite efforts to immerse himself in Spanish culture through churches, events, organizations, and meetings in the Boston area. However, he always ended up just feeling awkward and alone. During these trips, he often found abandoned and isolated soccer balls, and they stuck out to him. Having a background in photography, Jamison started to photograph them. He now keeps an archive of the photos he took of lone soccer balls.

Jamison feels that the soccer ball, which has become central to his work, represents both a Hispanic cultural artifact and an icon of masculinity that he never quite emulated. He sees the soccer ball as a pillar of hope, but also a fallacy because this symbol of hope never did anything for him.

His soccer balls are all screen-printed, each little piece printed and cut out⁠—hours and hours of work. Then the balls will all be assembled, one after the other. He explains that the labor required from this project is what keeps him grounded and focused on his goals. His artwork shows other people who may also feel unrepresented that they are seen and deserve to be seen.

All of the artists in the Summer Residency Program have found a sense of community at Gallery 263 through making art, regardless of their racial or ethnic backgrounds. Jamison hopes to continue to push himself outside of his comfort zone, to challenge himself and experiment with things he has never done before. He wants his installation to have time to mature and take its form in the best way possible. It is an ongoing process of growth, which seems to reflect Jamison’s own experience. He has no expectations for his final piece, which he has found very liberating and has removed a lot of barriers. He had taken a several year hiatus from making work, and has found Gallery 263 a welcoming home to start “thinking art” again.
—

We hope to see you at an upcoming Summer Residency event!